Industry News
China, Korea and Germany Lead the Development of Locks
Posted: 03/27/2015 09:22:46  Hits: 1107
Today, electronic card lock and fingerprint lock have become the most widely used two locks in high-tech places. According to statistics, China's high-tech locks market is now growing at an annual rate of more than 20%, and has a splendid future. According to archaeological discoveries, as early as 3000 years ago there appeared locks in China Yangshao culture, and in China's Eastern Han Dynasty, its three spring locks had already reached a higher level of technology, which had been used for over 1000 years.

However, with the development of industry, in the early 18th century British D. Borter invented cam rotor lock. In 1848, American L. Yell invented spring lock adopted the cylindrical pin bolt, which has now become the most common used locks in the world. In 1970’s, with the application of microelectronic technology, there appeared many kinds of locks such as the magnetic control locks, voice-control, infrared and ultrasonic locks, electromagnetic locks, electronic card lock, fingerprint lock, iris locks, remote control locks, etc. Scientists found that fingerprint and iris had the highest probability of uniqueness. After decades of exploration, fingerprint lock has already become more proficient and been widely used military-industrial, government, finance, insurance, villas and other places of high-tech and confidential application. This kind of lock is referred to intelligent locks, which relies on a biometric technology, together with the method of software programming algorithm and high precision.

At present the main producing areas of fingerprint and electronic locks with high level security in the market are Korea, Germany and China. Korea locks represented by Modern Hyundai and Samsung electronic lock (mainly combination lock) entered into China earlier, having a high market share in high-tech real estate and also a good reputation in users. Continuation of Korean consistent making style, its electronic lock is fancy and has strong design feel, which is its advantage. Korean locks are all completed by its own factory, by introducing the whole lock or parts, locks are sold by agents in China. Therefore, it will have guarantee problem of after-sales service. Besides, since China's fire prevention and security standard are much higher than Korea, whether the domestic production of locks can meet Chinese standards is remained to be proven. It is similar to previous foreign milk powder incident, and the foreign brand can claim that the international standard is different from China's, but the essence is that China's standard is high than the international one.

As the general view of consumers towards Germany products, they are no doubt the one who are particular to the quality from architecture to electrical appliances, sanitary ware, locks and other fields. Siemens electrical appliances, for example, its various models in China all have a very high reputation. It is understood that brush fingerprint authentication mode of consumption is popular in Germany, which at the same time prove that the German fingerprint identification technology is quite mature. In the lock market, German lock not only focuses on the high-tech development and application of intelligent lock. This kind of product is technically more comprehensive products with electronic, mechanical, software, optical, biological recognition. In product design concept, the Germans have always paid attention to the essential requirements, for example: Germany mobile phone is always big, no big screen, but is very nice talking on the phone.

Because the productions of China's most combination lock, card lock, fingerprint lock are assembled in Lingnan area, which is known as the China locks Region. 40% ~ 50% mechanical locks manufactures in China gather here, and seeing from the supporting capacity of the industrial chain, the region has become mature, and cannot be ignored. Similar with the development path of traditional shoes industry and household appliance in China, this area is now weak on development ability and still in imitation stage, but has more power on the control of manufacturing. Fingerprint lock, for example, lingnan lock enterprise gives priority to assembly plant, which buys lock core parts such as: fingerprints lock body, the LCD panel and finally assemble in the workshop. The cost of a lock with retail price of 1000 Yuan can reach 300 ~ 400 Yuan/set. Due to the lack of monitoring parts product quality, product quality has significantly higher risk out of control. In addition, the fingerprint lock has a high requirement on the production environment, such as the human body static electricity of assembly workers will have much impact on the electronic components within the locks. Because of the department of lingnan enterprise pursuit of low-cost expansion, plant configuration is relatively simple, and in the short term, the contradiction between quality and low cost is irreconcilable.

From the perspective of market in China, Korea, Germany and Lingnan locks have their own strengths: Korea, due to the first mover advantage, has the strongest brand force; German lock has well-made leading technology; Lingnan lock has low price with comprehensive varieties. They also have disadvantage: Korea is lack of technology, German entered the market too late, and Lingnan is lack of brand competitiveness. It is difficult to know which brand will eventually be successful. Expo, however, as the world's platform of cutting-edge technology, the application of fingerprint lock seems to be stemming global lock technical schools and competition pattern, which hinted at a certain direction. 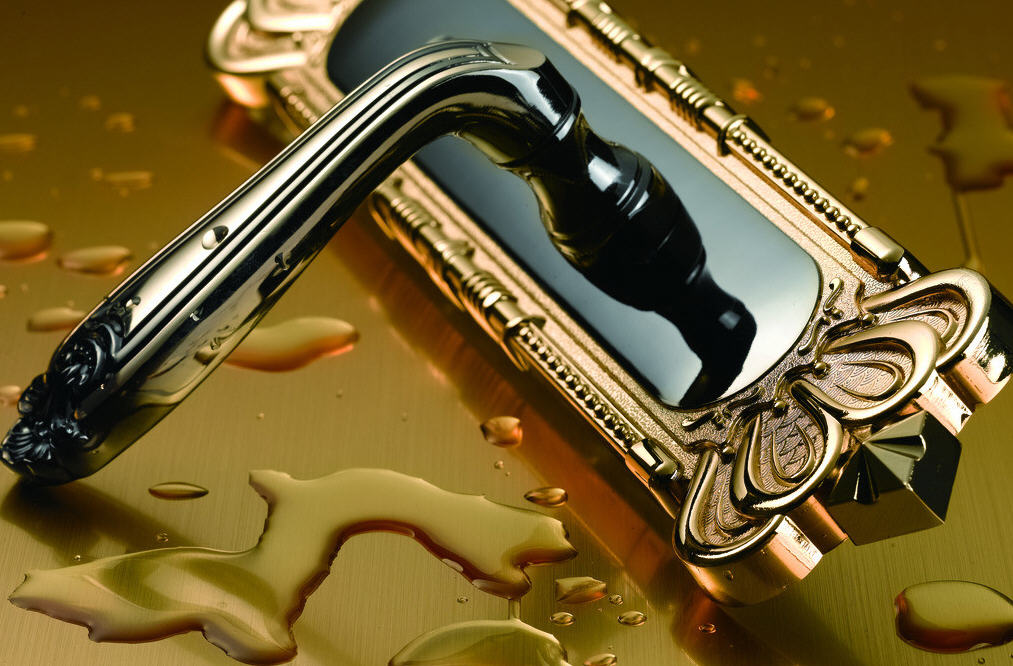