With the opening up strategy in China going deeply, wealthy and middle class appear constantly and high-grade buildings are developed quickly. High grade electronic intelligent locks have extensive prospect of market development. With the investment of Chinese lock industry on high technology of intelligent locks increasing annually and 3G times coming, electronic locks have shown the trend that takes place of mechanical locks.

For economy developing and living standard constantly improving, the pursuit for high quality lives and demands for security are growing gradually. High quality electronic locks have already begun to successively enter into high grade private properties and office buildings. People will not be bothered by key any longer, enjoying the harmony of intelligent world and quality lives.

Chinese locks have come out for thousands of years. Wood locks were discovered at Yangshao cultural sites. Bronze locks were invented in the Western Zhou Dynasty. In the Eastern Han Dynasty, metal locks had been widely utilized. Until now, Chinese locks not only still have practical value, but also become precious historic proof, which also reflects the developing history of carpentry and hardware technology sideways.

At present, annual sales of Chinese lock industry are about 40 billion RMB and output is 1.9 billion. Based on statistics of customs, the annual growth rate of lock industry in period of the 12th Five Year Plan was 31%, which was 2 times of average growth rate of hardware industry. In the first year of 2015, the export value of locks was 2.082 billion dollars, growing by 15.9% on year to year. According to the calculation, the export value of the whole year was about 4.6 billion dollars. Import value of locks was 273 million dollars, growing by 16.2% on year to year.

With the development of technology, the demands on market gradually transfer from metal locks to intelligent locks and electronic locks. Electronic coded lock is an electronic product that controls circuit or chip (access control system) through code, controlling the switch of mechanical lock and realizing locking and unlocking. Intelligent lock refers to that the lock is more intelligent in user identification, security and manageability. Access control system is actuating parts in doors.

Although in daily life, we commonly consider that intelligent locks and electronic locks are mostly used in public places such as office, school, hotel and bank, people still feel that those high-tech products are difficult to combine with their own lives. However, in developed countries, electronic locks have already been commonly used, having definite market share on civilian market. 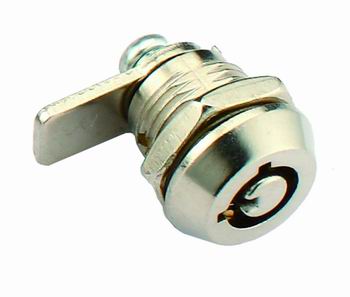 Next: Main Trends on Market of Hardware Locks