The mechanical lock industry is undergoing a transitional period in which locking solutions are becoming more secure as well as more sophisticated. The trend towards access control is certainly having an effect on the mechanical lock industry, as are other factors such as rising material costs, growth of interconnected locks, and increasing demand for higher grade products.

IHS Technology (NYSE: IHS) estimates the world market for mechanical and peripheral locking devices was valued at $5.2 billion in 2013. This total includes products such as electromagnetic locks, electric strikes, mechanical locks, exit devices and accessories. Mechanical locks accounted for the largest portion of global revenues, at 43.2 percent in 2013.

Asia is projected to be the fastest growing region for mechanical locks with a compound annual growth rate of 5.4 percent from 2013 to 2017. Strong construction activity in regions such as China, India, and South East Asia is the main driver for growth. Considering Asia is a much more price-sensitive region, products can cost up to three or four times less than devices sold in Americas and Europe, the Middle East and Africa (EMEA), requiring a higher quantity of unit sales in order to match revenues.

Impact Of Access Control
The mechanical and peripheral locking devices market is experiencing an increase in the uptake of electric locking devices due to the growing adoption rate of access control solutions. This is not necessarily a direct threat to the mechanical industry since most applications still require a mechanical lock override in the case of a power failure or system error; however, it is limiting the growth of mechanical solutions in the medium-term.

Access control systems are becoming increasingly popular because they provide a higher level of security while offering integration opportunities with time management and building automation systems. From 2013 to 2017, IHS projects the global access control market will grow at a compound annual growth rate (CAGR) of 5.9 percent. In comparison, mechanical locks are forecast to experience a CAGR of 3.8 percent during the same time frame.

While the impact of access control on the mechanical industry is prevalent globally, it still only represents a niche portion of the potential mechanical and peripheral locking devices market. The main barrier for access control continues to be the cost. An electronic door lock solution can cost between $1,500 and $3,000, whereas mechanical solutions cost a maximum of $500 in most cases; however, access control solutions do offer a long term cost benefit that involves reduction in costs associated with rekeying mechanical cylinders.

Interconnected Locks
Interconnected locks, also referred to as multi-point locks, are projected to be the strongest growing mechanical lock type globally with a compound annual growth rate (CAGR) of 4.9 percent from 2013 to 2017.

Interconnected locks combine a primary locking device and a deadbolt which are controlled by a single internal mechanism when the inside knob or lever is turned to open the door. These locks are mostly used in multi-family applications and are growing in popularity due to their convenience and robust security. It is anticipated that the increasing adoption of interconnected locks will have a negative impact on the sales of traditional deadbolts that are most common in Western European and North American markets.

The trend towards interconnected locks is expected to be more prevalent in mature markets such as Europe and the United States compared to developing markets. Price sensitivity and lack of end-user education are the two main barriers for adoption in emerging regions. Asia is the only region where interconnected locks aren’t projected to have the strongest growth due to the price sensitive culture in the Chinese and Indian markets.

Rising Material Cost
In 2014, the average sales price (ASP) for mechanical locks is expected to see an increase of 1.0 percent and 0.5 percent in the Americas and EMEA regions respectively. Although low-cost Asian suppliers have been increasing their presence in these regions over the last few years, it is expected that the rise of material costs will offset the decline in ASP from price competition, with the price trending upwards.

Mechanical locks can have many different finishes and designs depending on applications and regional preference. However, it is reasonable to assume that zinc, copper, and steel are the three most commonly used components in mechanical lock production. The rising cost of these three materials suggests a strong cost increase in 2014 which is assumed to ultimately trickle down to the consumer.

The Asian market is the only region projected to see a decline in the average sale price for mechanical locks year-over-year due to stable material cost prices and strong price competition.

Grade Level Trends
IHS projects that grade level 2 mechanical locks (based on ANSI grade level standards) will experience the strongest growth globally with a compound average growth rate of 4.3 percent from 2013 to 2017. This is due to an optimistic outlook for commercial construction in the United States and Europe as well as the increasing use of grade level 2 locks in emerging regions. Grade level 2 locks are best defined as standard locks commonly used in commercial settings. These locks are forecast to represent one third of all mechanical locks sold globally by 2017.

Grade level 1 locks were estimated to account for the smallest portion of the market in 2013 since these locks represent the higher-end spectrum of mechanical locks. The strongest growth for grade level 1 locks is in Asia where the increasing number of Chinese homeowners is driving investment in high-security locks. This trend is not necessarily driven by security but instead is more driven by the surging incomes in the region. This is resulting in more spending towards living a higher quality lifestyle that requires protection of more expensive homes and valuables. The cost of grade level 1 products in Asia in comparison to the other major regions is also significantly lower, which drives higher rates of adoption.

Summary
Overall, the global mechanical lock industry is slated for robust growth in the medium-term despite the rising influence of electronic access control and the adoption of more electric solutions. Furthermore, strong construction activity in the Americas and Asia will continue to drive growth while construction activity and spending in Europe remains flat.

The increasing demand for higher-end mechanical lock solutions such as grade level 1 and interconnected locks will contribute to the mechanical lock market’s growth globally for the next several years. Additionally, rising material costs and the growing presence of Asian suppliers in international markets will have an off-setting impact on the average sale price in the short-term, but could increase price competition once material costs stabilize and penetration of low-cost Asian suppliers increases. 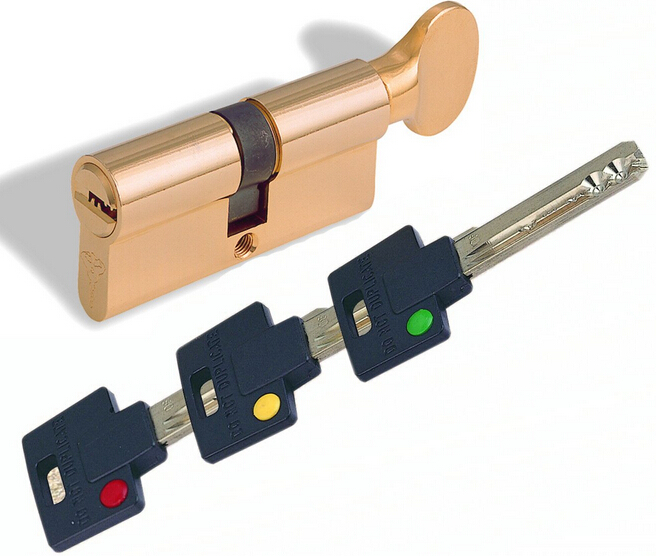 Next: The Development Prospect of Intelligent Door Lock