Last week, Make celebrated its 10 years anniversary. Lin Hui, the president of Make Group gave a passionate speech to recall the laughs and tears they has had in the past ten years. From 20015 to 2015, it has more than 500 employees. Its factory area has enlarged from 400 square meters in 2005 to 28,000 now. In addition, during the ceremony, Make has rewarded those workers who have been working 10 years in Make and commended those having special contribution to the company. In the end Lin gave his best wishes that in the next ten years they will make greater achievements. 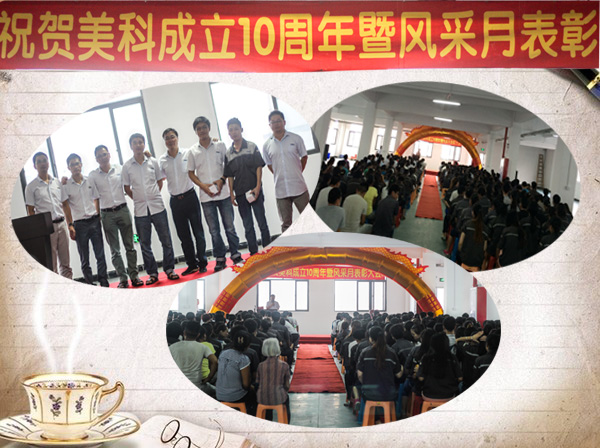 Next: An Unforgettable Trip to Wuyi Mountain