A Year-end Banquet in Makelocks

A Year-end Banquet in Makelocks

When year-end finally rolling around, Makelocks ushered its year -end banquet while last year was more special and more magnificent. For 2015 was the 10 years' anniversary year.

The party was begun with a single song from Make personnel department named "loving family". Each member of Makelocks were enjoying big meal while listening the melodious music "Because we are a family, a family love each other", all felt warm and united.

The second part was "A Speech from CEO". Mr. Lin said Make was a big family as the song goes. The past 10 years was the stable foundation for Makelocks, and the next 10 years, 20 years, 30 years and more would be the show time for Makelocks. Make Group has a more brilliant future. Make had overfulfilled output in 2015, and announced Make's turnover in 2016.

The third part was the prizing time. CEO Mr. Lin presented award to the champion team in Make basketball match, Excellent Team on working, Full Frequently Award, Best Newcomer Award and Outstanding Individual. Makelocks achievements in nowadays great contribute to the big supports from our hardworking workers. They deserve our thanks and praise.

The fourth part was the art performance. Every department carefully prepared entertainment program for this evening party. We enjoyed diversified performance, such as vocal solo, short sketch, dance taekwondo, poem recitation etc. How versatile are the Makelocks! In the atmosphere of harmony, we had an episode of Birthday Celebration, with the music of happy birthday song playing. One of the episodes was birthday celebration. Eat cakes and sing Happy Birthday Songs to the Makelocks who were born in January when the party held.

The last but not the least part was the most thrilling one "Lucky Draw", totally 66 pcs of munificent premiums, all premiums were variety kinds of utility household appliances, and the grand prize was ￥5188. Personnel Dept. wrote everybody's name card, and threw all the name cards in a box. With the principle of fair and just, representative on behalf of the leadership draw name cards from the box. God rewards the diligent. The grand prize was captured away by Chao Xiangyu in Milling gear Room. What a considerate and generous Makelocks leadership.

Unconsciously, the party draws to a close. The last program was a chorus "I do believe" from Make sales team. Just as the song says, we all believed that the future of Makelocks will be more glorious.

We will contribute each of our little energy to make Makelocks developing and flourishing. Wish a more brilliant future for Makelocks and best wishes for all customers and friends. 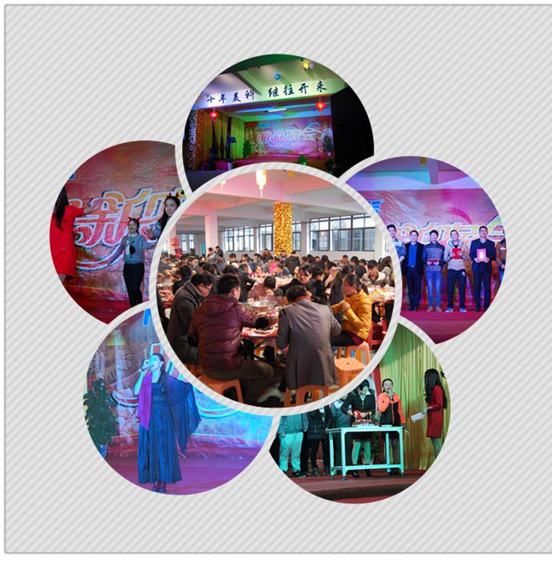 Next: Communication with MBA Team from Tulane University